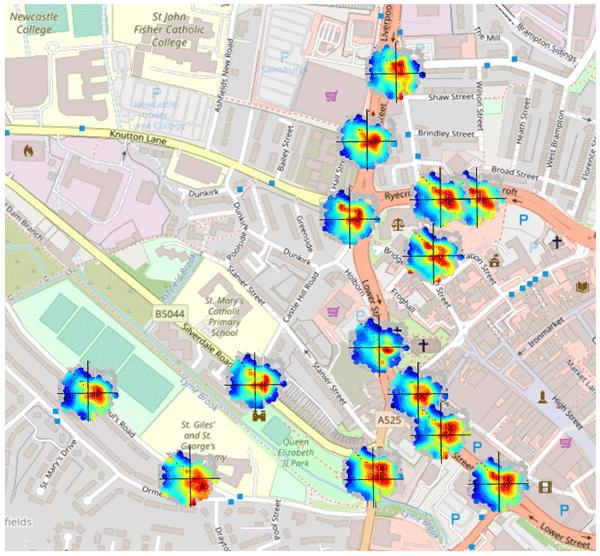 This paper by our talented team in Copenhagen was published in the prestigious international peer-reviewed journal Atmospheric Chemistry and Physics. They used data from the Staffordshire network to answer the question, ‘Are dense networks of low-cost nodes better at monitoring air pollution?’

In this study, a network of 18 AirNodes using low-cost air pollution sensors was deployed in Newcastle-under-Lyme, Staffordshire, UK, in June 2020.

‘The network average NO2 concentration was 12.5 µg m−3 higher than values reported by a nearby regional air quality monitoring station. This demonstrates the critical importance of monitoring close to sources before pollution is diluted.’

We found that data from our low-cost air pollution sensor network revealed insights into patterns of air pollution, and helped determine whether sources were local or non-local.