The Sources of Toxic Air 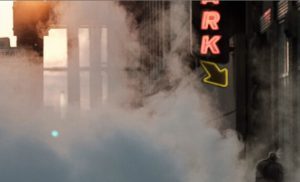 The Sources of Toxic Air

Every year, during the month of November companies and individuals alike come together to raise awareness of common life-threatening diseases and cancers, including rare diseases that develop in the lungs. As individuals become increasingly concerned over environmental pollution and airborne contaminants, combined awareness efforts engage, educate, and encourage individuals and community leaders to address air quality; such as the presence of carcinogenic materials and air pollutants resulting from heavy manufacturing, traffic congestion and more.

However, although advancements in air monitoring and filtration equipment have made it easier for both individuals and communities to track and manage pollution, it is crucial to health, to know exactly how and which airborne contaminants and pollutants cause respiratory health concerns and numbers don’t lie. Nearly 1 in 8 deaths are attributed to air pollution, making pollution one of the largest environmental health concerns at present. Other environmental health concerns such as airborne asbestos or erionite fibers are just as concerning, so in observation of Lung Cancer Awareness month this November, we’ve joined forces with the Mesothelioma + Asbestos Awareness Center to raise awareness of harmful airborne pollutants and carcinogens to prevent their exposure and draw attention to the health concerns associated with air pollution.

Over the past 100 years, manufacturing processes have changed significantly. However, some industries still utilise carcinogenic minerals or additives for a verity of different purposes. For example, the naturally occurring mineral asbestos maintains fire-resistant properties under direct contact with an open flame. Once processed, the brittle and fibrous mineral became a common ingredient within thousands of products stretching across the construction and manufacturing industries. Due to the malleability and fibrous nature of asbestos, it found its way into a variety of different applications, world-wide including plumbing, HVAC, electric, insulation, roofing, tiling, cement, concrete, paints, gaskets, and other materials found in structures or machines built prior to 1980.

Exposure to airborne asbestos is especially hazardous, causing severe lung damage, inflammation, and eventually, asbestosis or mesothelioma, a life-threatening rare disease, which develops in the lining of the lungs, abdomen or heart. Although classified as a rare disease, the only scientifically proven cause of mesothelioma is a result of asbestos inhalation or ingestion. Erionite is another similar, fibrous mineral, which has been linked to peritoneal mesothelioma of the abdomen, so it is crucial to health that workers in high risk occupations such as; construction, manufacturing, plumbing, mining, railroads, and shipbuilding are informed and aware of the dangers of such carcinogens.

Pollution generation from manufacturing, industrial practices and combustion, vehicle exhaust, and even construction debris, can toxify and contaminate air quality with particulate matter and Nitrogen Dioxide (NO2), directly affect human health. Such processes produce, often-invisible clouds of airborne hazards that are known to cause respiratory health concerns including asthma, lung disease and cancer.

Depending on the source, particulate matter (PM), dust or pollen, mould spores, soot, and airborne acids, may also be released into the air as a result of the above processes, posing additional threat to health. With extended exposure, individuals may experience worsening allergies or respiratory issues and are at risk of developing more serious complications such as COPD.

Vehicle Exhaust and NO2

There are two main sources of air pollution: mobile sources and stationary sources. Mobile sources including cars, buses, vans, motorbikes or cycles, planes and trains, which each contribute to pollution. Mobile sources running on diesel fuel especially, release NO2 into the air, as well as PM, which pose respiratory health concerns such as intense asthma, coughing, bronchitis, among other issues, to those who inhale it. NO2 also plays a large roll in smog formation, which is prevalent in cities across the globe.

Vehicle exhaust also emits Nitrogen Oxides (NOx) including NO and NO2, formed from nitrogen and oxygen in the atmosphere when air is exposed to intense heat such as with lightning or combustion, making cities packed with vehicles, extremely prone to nitrogen oxide pollution.

With every breath of polluted air consumed each day, the lungs, one of the 5 vital organs essential to human life, are directly affected. Little by little and especially over time, lung function is impaired, which as a result directly affects blood-flow and health of other parts of the body.

World-renowned astrophysicist, Stephen Hawking once stated that, “air pollution is one of the top 3 threats to our global society.” His statement is simple, yet profound and based on fact as the World Health Organisation attributed nearly 7 million deaths to our global air problem, air pollution, in 2012. Considering this number aside the 1.69 million lives attributed to lung cancer, air pollution, airborne toxins and carcinogens deserve attention year round, in addition to Lung Cancer Awareness Month.