These air pollution events can be deadly  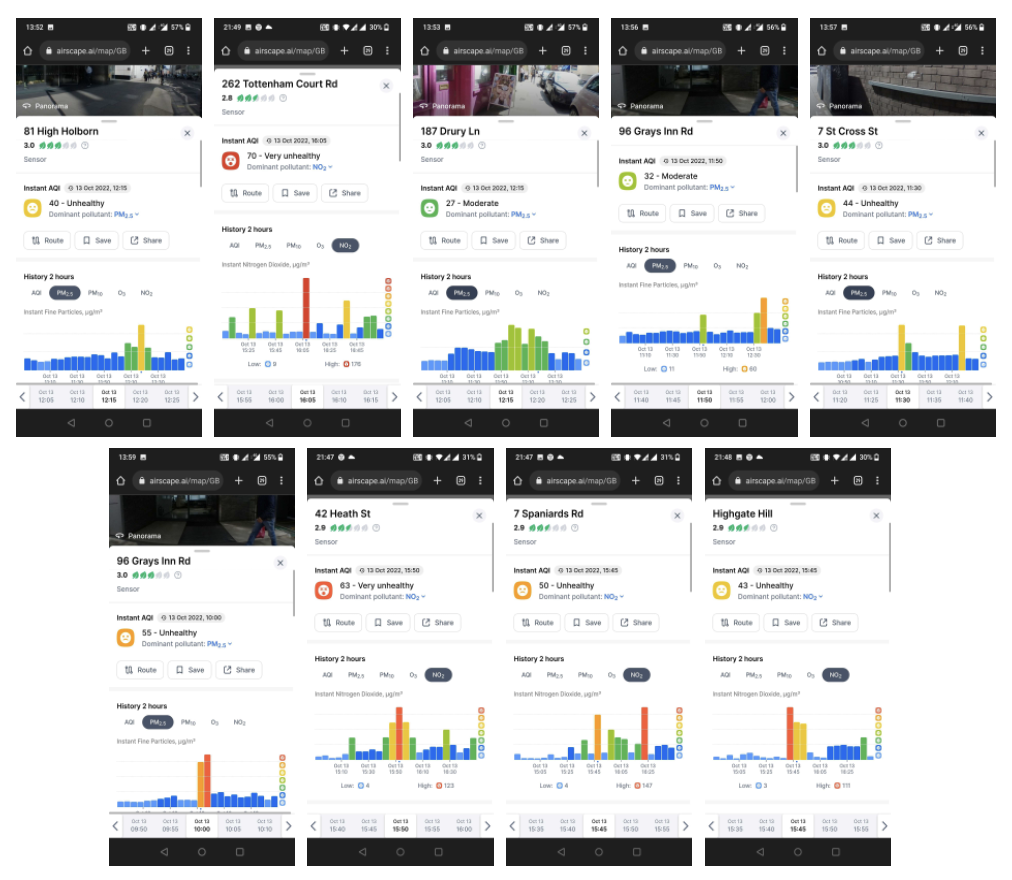 These air pollution events can be deadly 

Last week, AirScape saw many NO2 and PM events in Camden. These screenshots from airscape.ai were all on Thursday and, in the afternoon, we measured NO2 spikes of more than 100 ug/m3.

Transient exposure to high NO2 and PM is an immediate health risk and puts an extra strain on already overburdened NHS emergency resources.

The statistics on the impacts of air pollution tend to be more about the long-term effects of chronic exposure. However, we know it can also trigger symptoms and bring on serious illness immediately.

When this report was published, Simon Stevens, the chief executive of NHS England, said: “It’s clear that the climate emergency is in fact also a health emergency. Since these avoidable deaths are happening now, not in 2025 or 2050, together we need to act now.”

It’s important to be able to see where and when the spikes occur, simply so you can avoid them.

It could save your life – today.