We must act smarter to solve air pollution crisis 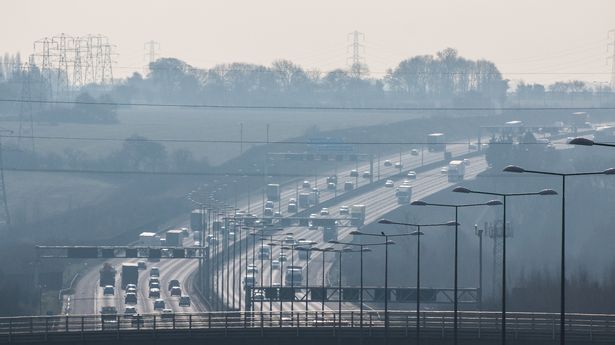 We must act smarter to solve air pollution crisis

Air pollution is without question one of the greatest public health concerns of our time, contributing to 9% of all deaths globally.¹

These health impacts have been brought into focus by COVID-19, as there is a growing body of scientific research which suggests a strong link between exposure to air pollution and mortality rates for COVID-19. Even a small, one percentage point increase in people’s long-term exposure to particulate matter raises infections and admissions by about 10% and deaths by 15%.²

This has caused an increase in support for action against air pollution. The public overwhelmingly feel that the issue of clean air is more important than ever before and want businesses to act now to improve air quality as we rebuild following the virus.³

We are already seeing local authorities start to implement new measures to reorganise and transform travel in cities by bringing in new pedestrianised areas and cycle lanes, so now is the perfect time for public health officials and city planners to take long-term action to protect the public from this invisible killer.

Air pollution monitoring – A shot in the dark

There is undoubtably a willingness from government, councils and the public to tackle the air pollution crisis across the globe. However, if we want to have a long-term and lasting impact on air quality then we need to act smarter.

Air pollution monitoring up until now has been a shot in the dark, as most cities only install a limited number of monitoring stations in a few sections of the city where air quality is expected to be a problem.

While this setup can indicate air conditions in a city, crucially, it lacks the ability to pick up on localised hotspots of pollution.

This is a profound issue as air pollution is extremely dynamic, fluctuating significantly in time as well as location. For example, monitoring pollution in London by Imperial College⁴ regularly shows that air quality can be four times worse in some streets than others, even within the same district.

Well-intentioned local authorities rightly want to improve the air quality in their urban spaces. But the limited data they have means that they are spending significant sums of public money to address the issue, with only a tiny fragment of the picture necessary to make informed and impactful decisions.

This has to change, and it will only change by using monitoring technology that gives decision makers a full and detailed picture of the air pollution problem in their city.

Around every corner, there is a unique story and that story changes day by day, therefore, it is crucial that air monitoring networks reflect this.

A truly smart city is one that is interactive, using real-time information to make decisions for the good of the city and its population. As part of that, an air monitoring network should not be considered as merely a data collection system but as a decision-making tool.

By creating a dense, high resolution network of air monitoring sensors, city leaders are able to assess air pollution data in many locations across an entire city, every minute of the day.

From this they can build an accurate and useful picture of a city’s air conditions – creating a detailed map which can be used by city planners to gain a full understanding of pollution hotspots and can provide real insight into which mitigations will be most impactful to protect the public.

At AirLabs we’re doing exactly that as part of a new project with ADEPT SIMULATE Live Lab. Working with Staffordshire County Council and Amey, we have installed a first-of-its-kind, dense network of 19 sensors around a busy road in Newcastle Under Lyme.

Our AirNode sensors, which are low cost and low maintenance whilst meeting the requirements for accuracy of the EU Air Quality Directive, are being installed on lampposts around 100m apart to detect the variations of pollutant concentration in space and time throughout the area.

This innovative project not only aims to monitor air pollution, but to test a variety of mitigation solutions in a real-world setting. Those range from using artificial intelligence to monitor and predict traffic, installing an active ‘green wall’ to absorb dangerous air pollutants and deploying e-scooters and e-bikes to encourage alternative transport options.

It will then use the in-depth data obtained using the monitoring network to compare and evaluate which mitigations are most effective.

This will provide a model that can be replicated by councils and city planners around the world to make impactful decisions on air pollution in a cost effective way.

Now is the time to take action for our cities to clean our air and protect the public. The appetite is there from the public, the technology is in place and we’re remodelling our cities in response to COVID-19, so let’s do it in a smart way to deliver real, long term change.

¹ Our World In Data – Air Pollution